I am Not Your Negro, by Raoul Peck 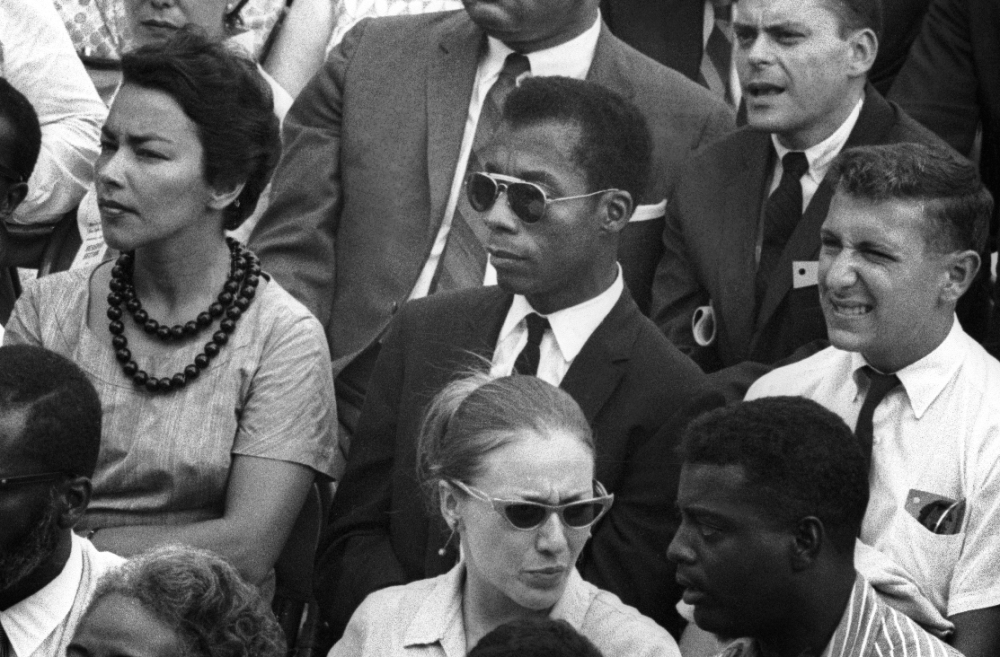 Five years have passed between the murders of Medgar Evers, Malcolm X and Martin Luther King. 1963, 1965 and 1968. And yet those events made a mark on the American history.

James Baldwin (1924-1987), along with this story, is to be known by everyone. As one of the most prolific writers of the twentieth century, Baldwin’s work comes as a contradiction for anyone willing to believe that no art can lead to political and social action. Understanding Baldwin’s complex way of thinking and perception of the interracial relationships in the 1960s in the United States is one of Raoul Peck’s biggest accomplishment. Adapting the author’s book Remember this house came with a responsibility that the director of Lumumba (2000) honored.

Archives, interviews, speeches and mostly films excerpts are structuring the story along with illustrating Baldwin’s words and vision on violence, captivity, the fear that turned white people into moral monsters, the “Negro problem” and the black identity.

What could be more efficient than fiction to denounce the paradoxical and powerful status of images? Throughout the visual medium, representing both the structure and the content of Peck’s documentary, it becomes easier to picture cinema as both a window shining a light on the realities of interracial relationships and a manipulation tool of reality distortion. It is not a coincidence if Baldwin’s speech illustrates itself with a cynical vision of the American culture. Even though it doesn’t quite surpasses Fire at Sea’s original insight into the refugee crisis, I am Not your Negro perfectly finds its place among the Oscar nominees for Best Documentary.

The movements are quick and the control of hands gesture is required for most of them, as if they were extracting poses from fashion magazines. It doesn’t come as a simple impression, because its origin comes from the reappropriation of  those mainstream poses and Madonna’s Vogue album contribution to making it famous in the 90’s.

They gather almost everyday on the Christopher Street Pier to share a common passion for voguing, a dance inspired by the 20’s Harlem Ballroom scene which has been brought up to date by the Kiki scene.

As the opening film of the Massimadi festival hosting the afro-caribbean LGBTQ films and organized as part of the Black History Month, KIKI is without a doubt at the very heart of the documentary’s definition. Sara Jordenö delivers a powerful and investigative film about what lies behind the Kiki scene in New York, which comes as a subculture where the black gay and trans communities have found a way to express themselves in order to “explore uniqueness”. Following up on Jennie Livingston’s Paris is Burning – which led to a big controversy over its depiction of the movement as entertainment more than anything else – KIKI tends to find a good balance between picturing the theatrical aspect of those dance competitions, organized by the Kiki coalition and whose contesters are coming from as many Houses as there are different styles, and their social impact.

By focusing on seven young people from the Kiki scene through intimate interviews and images of their personal evolution over the course of four years, Jordenö allows the public to develop an awareness of both the power of body and self acceptance and the definition of intersectionality. If one agrees, he/she can suddenly observe the Kiki balls as a way of dealing with the reality of HIV for some, transition for others, and the social problems that come with layers: first being a man, then a black man, and finally a black gay man. Even though it is not fully explored, KIKI’s relevance makes it way through the deconstruction of femininity and masculinity that should not be entitled to one and only community.