If anything, Woody Allen will never leave you indifferent. Same goes for his movies.

After Irrational Man (2015), still going at a pace of approximately one film per year, the controversial American director decided to come back to the roots of his prolific filmography: comedy, New York and cinema. Whether it be for the many personal scandals or for his inability to practice self-censorship in his movies, Allen always made sure to built a reputation on provocation. Starring Jesse Eisenberg and Kristen Stewart, Cafe Society opened the Cannes Film Festival and will be released in Canada on July 29.

The setting is the ‘30s. Twenty-something Bobby – Bob Dorfman – moves from New York to Los Angeles hoping to find a job at his uncle Phil’s (Steve Carell) artists agency. That’s when the young man suddenly finds himself among the top of the crop of Hollywood society.

What would a Woody Allen movie be without a love story?

Bobby falls in love with Phil’s secretary Vonnie (Kristen Stewart), who also happens to be Phil’s lover. With this love triangle begins the burlesque comedy that has been Allen’s trademark all these years.

Alongside the romance, there’s the amusing adventures of Bobby’s family back in New York, inspired by the director’s social and ethnic background. Far from the glitz and glamor, this parallel story illustrates Allen’s whimsical style by bringing back biting dialogue and funny jokes about the Jewish community. Allen deals with the serious stuff by mixing death with humour when Bobby’s gangster brother Ben (Corey Stoll) ends up on the electric chair after killing so many people and converting to catholicism. Realistic and cynical are two adjectives that you wouldn’t use to describe most romantic comedies. Those two plus the lack of pathos are the three main ingredients to Allen’s overall success in the comedy genre.

Again, what would a Woody Allen film be without a lost love story?

Impossible love comes into play as soon as Vonnie makes up her mind. Everything seems to fall into place when homesick Bobby returns to his hometown: the young man becomes the owner of a famous nightclub, gets married and has a child. But a surprise meeting with Vonnie brings the past back into Bobby’s life, and reminds him of his failure, questioning what success really means. Seeing the depiction of this event, you might wonder whether the director speaks for himself here… Melancholy, the inner self of Allen’s cinema, is the word to describe the New Year’s Eve party that closes the film. 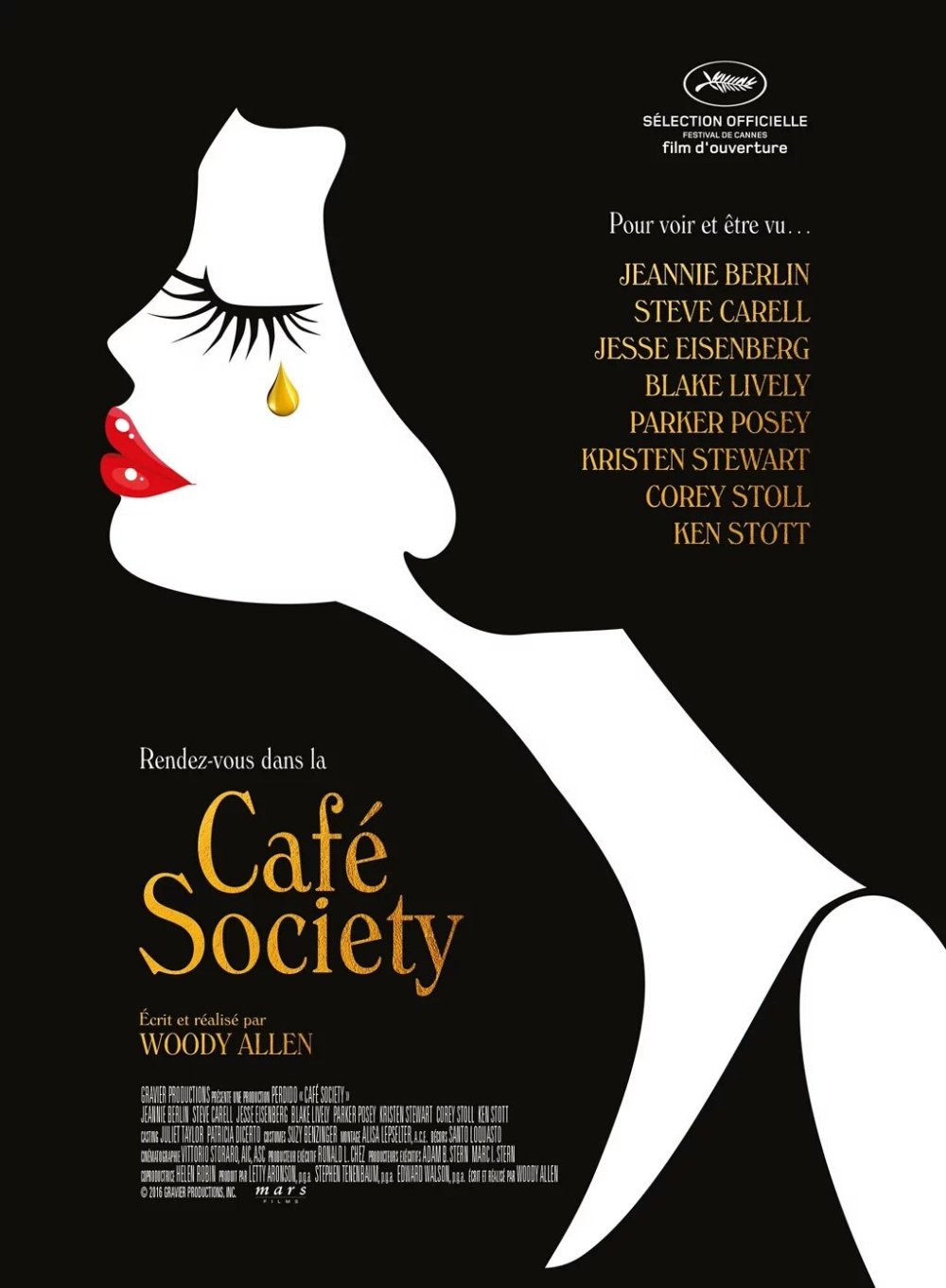 The luminous setting of Los Angeles’ social gatherings and style is contrasted with a much more popular New York, partly personified by Bobby’s family. Apocalypse Now’s (1979) cinematographer Vittorio Storaro is responsible for playing with lighting and therefore with the pre-war social disparities within the American society.

Unlike with Manhattan (1979), Café Society’s focus on New York, and here L.A., tends to lead towards a more manichean view of both cities and their impact on the character’s subconscious. Vonnie is the first to change her mind depending on where she finds herself, shallow with Phil who’s an allegory for the superficiality of Hollywood, and true to herself with Bobby who impersonates the spontaneous quality of New York. Once again, Allen draws a positive portrait of his inspiration and native city.

In Annie Hall (1977), Annie was driven towards L.A. while Alvy was the New Yorker type. But there was something more. Unfortunately Vonnie and Bobby’s relationship doesn’t go much further into what opposes them beyond their apparent way of life. Bobby reflects on his actions, yet something more visceral and psychological is missing. 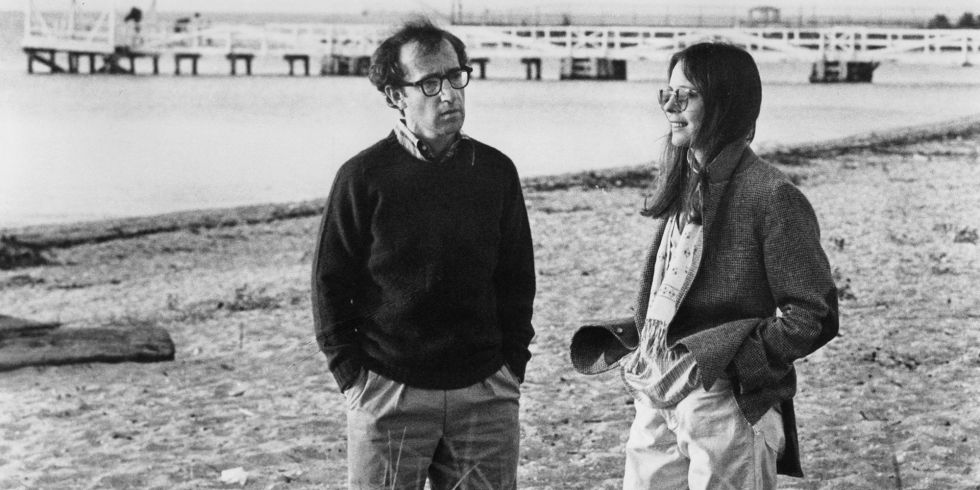 Bobby and Vonnie’s common passion for the movies comes as Allen’s perpetual mise en abyme of both himself and his career, just as he did with his black-and-white Manhattan. What drives both characters towards each other comes from the indigestible world of Hollywood. Cinema arises from a universe where Allen can find himself unwelcomed, just as Bobby who’s always escorted by Allen’s narrative voice throughout the story.

The ode to cinema is brief and scattered with easy name dropping just like it’s done in Midnight in Paris (2011), which on the opposite chose to go deeper into the parallel world of painting. However the ode makes its own way through the development of Bobby and Vonnie’s romance which makes for an entertaining and seducing romantic comedy. Eisenberg and Stewart’s delightful performances have a lot to do with it.