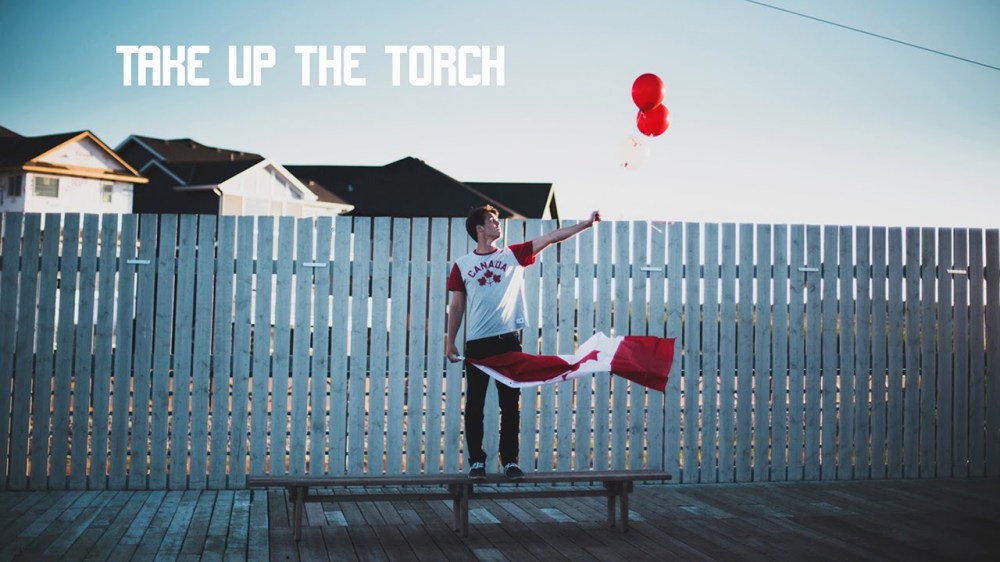 “Sports has the ability to transform individuals.” Wade Davis.

Mark Tewksbury, Canadian former competition swimmer, was among the first gay athletes to come out in 1998. Living in a LGBT friendly city like Montreal came as a relief for the winner of the 1992 Summer Olympics gold medal.

The Montreal LGBT festival struck again with the projection of Take up the torch on Wednesday at the L’un et L’autre lounge.

By zooming in on the everyday challenge of gay and lesbian athletes in Canada, Mark Kenneth Woods and Michael Yerxa are breaking a taboo of the sports’ sphere worldwide.

“If you’re too good at sports for a girl, you’re a lesbian. And if you’re not good at sports for a guy, you’re automatically gay.” Ashley McGee, specialist in Sport and Recreation of the PrideHouseTO initiative, describes sports as a male institution where the values of masculinism and sexism are omnipresent.

The 2014 Sochi games held in Russia was a crucial event for LGBT athletes. Not only was homosexuality seen as a crime, but it was also illegal to even mention or talk about LGBT issues during the event. Not boycotting the games as a gay or lesbian suddenly became a political and provocative move.

After witnessing athletes from everywhere coming out after the Sochi games, Matthew Cutler, one of the cornerstones of the PrideHouseTO, saw the event as a great opportunity for activism. “Sport is political,” Cutler says.

Based on a back-and-forth between interviews and one of the recent PrideHouseTO conference, the documentary is nourishing itself from the heroic decision of athletes taking a stand for the LGBT community as a whole.

Some teammates’ reactions and strong sports competition moments would have been welcomed in order to avoid the interview as the common thread of the typical documentary.

Tewksbury is proud to be passing the torch for gay athletes doing their coming out. “Now the torch is ready to be accepted. That’s the difference.”

A beautiful discovery of concealed heroes wearing the mask of sportsmanship and step by step deserving the exemplary behavior, tolerance and excellent mindset of any real athlete.